So You Bought A Racist Book For Your Library: Now What? 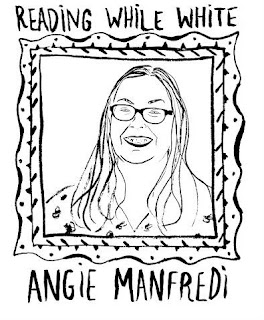 My library still has Little House on the Prairie. Several copies, in fact.

We have them even though I know how racist and inaccurate they are. And I still buy new copies when the old ones wear out.  I bet it’s the same at your library.  These are part of the compromises we make when we work in libraries.  Often in online discussions, you’ll hear some librarians or authors make it seem like if you recognize racist and problematic content in books you must be the kind of librarian who pulls those titles from your shelves and tears them up in front of your patrons.  But there’s so much more nuance in these situations and that, of course, makes them difficult. Librarian's reactions to the Little House range from  wanting to remove them to finding ways to teach with them.

Even though my library has several copies of Little House on the Prairie we also have several copies of The Birchbark House by Louise Erdrich. I often get to share with people checking out Little House my love for Birchbark and how I think they make wonderful companion reads. More than once I have seen parents and kids head back to the shelves and check out The Birchbark House to go along with Little House.  Is this a perfect solution?  Of course not.  But it’s a direct one with often immediate results.  It’s the kind of solution I don’t think I’ve ever heard from the crowd of naysayers who chime in with “Wow, when did we get so POLITICALLY CORRECT!” and “Wow, I guess you don’t believe in intellectual freedom!” in online discussions, blog comments, and sometimes even in person at conferences and workshops.

I have been reminded of this example and these encounters time and again as people brought up justified concerns about books from A Fine Dessert to the more recent When We Was Fierce. I have seen many librarians who were unaware of the problematic content of these titles who now find themselves at a loss for what to do now that these books are on their shelves.  Many librarians pre-ordered When We Was Fierce based on the starred reviews it received from three major publications.  As of this writing, Candlewick has put the book on hold, so that e. E. Charlton-Trujillo could “allow herself a further review of the text.” But many librarians already ordered it.  The question I’ve heard over and over is “I’ve got this thing, now what?”

Megan did an amazing job writing about accusations of censorship in a library setting and I urge all librarians wrestling with this question to take the time to read it and consider how it applies to their library and their collection development. Like Megan, I am not giving you prescriptive advice on, “Do this or else you’re a bad librarian!” But I think there are some issues here worth taking a deeper, more considerate look at.

First: if you did, in fact, pre-order When We Was Fierce I ask you to really ask yourself why.  Did you just look at three starred reviews and then look no farther? Did none of the sampled dialogue in the reviews make you somewhat wary?  The Publishers Weekly review quotes this dialogue: “Jive brothers rolled in hard./ They walked intent.... I didn't want nuthin' to do with their truth.” Jive brothers? Nuthin’? Does that sound to you like the way contemporary African-American teens talk?  Honestly? The Kirkus review quotes these phrases: "He wanna have speak" and "We all held our wait." When I read those reviews a bell in the back of my head instantly started ringing.  It sounded, to me, like a Saturday Night Live sketch - the imagined and deliberately simplistic way someone who is not familiar with it might think African-American Vernacular English (AAVE) sounds.
Read the reviews for When We Was Fierce closer.  There are more warning signs.  In Booklist’s starred review there is an allusion made to the “semi-invented vernacular” but there is no deeper look at what that means. When I read that I wondered: “Why does the author feel a need to invent a vernacular when AAVE already exists?  Is it because the author can’t actually converse in AAVE and doesn’t understand code-switching while using it?” (Edith Campbell touches on code-switching and how it relates to this book in her review.) These were warning signs to me.

What else was troubling? This line from Kirkus’s review: “Only the free verse's frequent apostrophes connoting a dropped letter are stereotypical and distancing.”  How could someone write this, I wondered, and still give the book a positive review?  How could Kirkus still star this book? If you read a professional review, even one that is starred, even one that is overall positive, and it mentions something is both “frequent” and “stereotypical and distancing” that should give you at least a moment or two of pause when it comes to purchasing.  Do you have the money in your budget and the room on your shelves for a book with a flaw that major?

What To Do First

So the first thing we can do, as purchasers and librarians who work in collection development, is be more deliberate and wary when we read reviews. Often, we are asked to just look at the stars or even gloss over the content of the reviews. Who has the time to read ALL the reviews?  I know our time is at a premium - I do collection development too and am a final selector - but it’s important, it’s necessary to be critical even of sources that are supposed to be critical themselves. This takes time and it is on us.  And it’s worth it. Ask yourself hard questions: Does this sound true?  Does this sound complete? What biases do these sources bring to this review?  What knowledge or experience is lacking from it? That onus IS on us; that IS what curating a collection deliberately and thoughtfully means.

But what if you did order When We Was Fierce (or A Birthday Cake for George Washington, which actually had negative professional reviews so you were given some warning before ordering) and it’s been shipped and processed and is on your library shelves as you read this? I can’t tell you if you should pull it from your shelves or not.  That’s a decision you have to make based on reviewing the material yourself and your own collection development policies.  I would ask, however, that in both the case of When We Was Fierce and A Birthday Cake for George Washington you consider that the publishers have said these books are not ready to be sold.  That is not insignificant.  I would also urge you to take some time and actually review the material yourself - not just rely on the reviews (negative or positive) - and then think about how your patrons might react and interact with such work and about what messages that sends them about the library as a welcoming place for all. Once you have looked at it, read it yourself with a truly critical eye, listened to the voices of people like Jenn Baker and Edith Campbell and Zetta Elliott and Ibi Zoboi and Kwame Alexander: would you still purchase it? If the answer to that is no - if the answer to that is no and you know that the publisher and the author have chosen to postpone the book so it isn’t released in the form you have then yes, that might be a legitimate reason for you to withdraw it.

As you consider When We Was Fierce on your shelves, I also ask you to think of the Publishers Weekly review that says it “gives voice to the unheard.” Why that line?  Because it is so very, very wrong.  It is wrong to assume that this book is an authentic representation of the voices of African-American teens.  And it is wrong to assume these voices are not part of YA and children’s lit - they are and always have been.  While these voices might be marginalized within YA and children’s lit it is on us, as educators and librarians, to change that. And we can.  We can do it up spotlighting and booktalking and putting face out on our shelves the books that have authentic and humane diverse voices and experiences.  Are these voices “unheard” because they don’t exist or because the majority culture simply refuses to listen?

You can show you are listening by making sure your collection has more than just When We Was Fierce or Little House on the Prairie.  And be ready to booktalk those titles and promote them to your patrons. We can listen and we can push forward with truth. That’s what you can do now and always.

SOME SUGGESTED TITLES TO BALANCE YOUR COLLECTION

He Said, She Said by Kwame Alexander

See No Color by Shannon Gibney

How It Went Down by Kekla Magoon

Show and Prove by Sofia Quintero

Literally anything Walter Dean Myers wrote, I mean. Come on.
Posted by Angie Manfredi at 5:00 AM