This is a post in Reading While White’s end-of-year retrospective series. 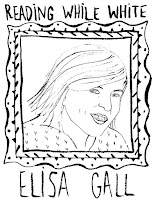 In the #kidlit world, 2018 has been a stellar year for Native book releases, with several #OwnVoices books by Native creators being published and celebrated, including Traci Sorell winning the Orbis Pictus Honor Award last month for We Are Grateful: Otsaliheliga. In January, another group of AILA Youth Literature Awards was announced and Dr. Debbie Reese was selected to give the 2019 May Hill Arbuthnot Lecture. In June, members of the ALSC Board of Directors addressed longstanding criticism and “inconsistency between Wilder’s legacy and [ALSC’s] core values” when voting to change the name of the Wilder Medal to the Children’s Literature Legacy Award. Dr. Debbie Reese recently posted a Twitter thread highlighting some momentous events from the year.

Despite these successes and more, anti-Native bigotry and actions persisted in 2018. Ignorance of Native nations was reflected in Senator Elizabeth Warren’s refusal to apologize for claiming Native identity. (That she pointed to a DNA test as “proof” of her Cherokee identity shows her lack of knowledge. Read this post by Jacqueline Keeler and Kelly Hayes and this piece by Rebecca Nagle to learn more about how both Warren and Trump have exploited and erased Cherokee people and the Cherokee Nation in this fight.) While the professional baseball team of Cleveland, Ohio committed to removing racist imagery from team jerseys this year, there are no plans to change the team name and the team will continue to profit from the racist image, which suggests that the move is more about what looks best from a PR perspective than about doing what’s right. Some educators have shared efforts to teach inclusively in 2018 (learn about how teacher Jessica Lifshitz is confronting Native stereotypes with her students here), but many continue to teach false history rooted in White supremacist, colonialist culture (as seen in the screenshot of a recent Facebook group conversation about flannelboards, the inappropriate use of the words “tribe” and “spirit animal,” and this Twitter conversation about fake tipis being used as classroom decorations). Native survivors of targeted harassment courageously raised their voices  against their abusers in 2018, yet Native women continue to face violence and assault at staggering rates. Companies like Target and Crate and Barrel continue to profit off of appropriative Native merchandise that encourages children to “play Indian.” Native book creators continue to be represented minimally at conferences like #NCTE18. Native stories are mislabeled as “folk and fairy tales.” And racist children’s books are still getting published and promoted. One of these books, published this year in the U.S.A., is It’s Springtime, Mr. Squirrel!.

It’s Springtime, Mr Squirrel! is an international picture book (translated from German) by Sebastian Meschenmoser, author of the popular Mr. Squirrel and the Moon. This is one of those “where do you even begin” kind of books to review - there are A LOT of issues.

In the beginning of the book, spring has sprung and the setting is abuzz. Graceful gray pencil marks are lightened by splashes of color. Creatures scuttle about, and Mr. Squirrel’s friend Hedgehog shares that he’s not hungry because he has seen “...a lovely lady hedgehog.” At this point, pink and blue background fills are used for male and female characters, reinforcing a very stereoptypical gender binary. When “the lovely lady” Hedgehog is shown, it is from behind (this “lady” only exists as an object for the male character to gaze). Because Hedgehog is too shy to approach the lady character, Mr. Squirrel shares thoughts about how to win her heart: “The best way is to gain fame and glory by showing everyone how brave and strong you are.” The omniscient narrator then says, “In order to gain fame and glory, of course you had to win lots of dangerous fights.” Regardless of author intent, the not-so-subtle message is to get what I want out of this, I have to assert male dominance (toxic masculinity 101).

The text then reads: “...if you want to win lots of dangerous fights, you have to look dangerous yourself.” What exactly does it mean to “look dangerous” in this book? First Hedgehog is shown with a butterfly and flowers atop his head, and later with a mushroom-style skirt and a snail on his head (both sexist jabs against anything other than masculine, cisnormative gender presentations). It is only when Hedgehog wears leaves and carries a sharp stick in what appears to be a stereotypical, generic Native outfit that the characters feel ready to win “any dangerous fight.” (To learn about how “playing Indian” is connected to the colonialist history of the U.S.A. and the impacts of stereotypes on Native children’s self-esteem today, read this study, this post, and this book.)

In the pages that follow, the characters (both dressed up now) attack unsuspecting mice, birds, and bunnies. When the bear character, who is named as the most dangerous creature in the forest, isn’t scared of them (he doesn’t see them), Mr. Squirrel and Hedgehog feel victorious. They take flowers to the “lady hedgehog,” only to discover that she isn’t a hedgehog at all, but a hairbrush. As they sit with their disappointment, a duck approaches and says, “That can happen to anybody.” To some readers, this ending and its be careful who you are attracted to messaging might also call to mind stories of people who are transgender being violently outed, which often results in trauma and assault.

No doubt there will be readers who want to defend this book by pointing out the creator’s impeccable draftsmanship or use of irony. Meschenmoser is a talented visual artist in some ways, but the thing about books for children is that they are about how every image and piece of text work together to create each page, and how every image and page fits together with the next to tell a story. Each book goes out into the world, the actual world where Native sovereignty is not understood by those with power (and many without), and where Native kids are facing compounding intersecting oppressions. These books are read by real kids, many whose very identities are under constant threat.
If you work with young people, I invite you sit and think with me about the messages this particular book sends to readers, and how it connects to today...to this month...to 2018. How will Native readers and others with minoritized group identities respond to this book? How might readers with privilege and power react? What might they internalize? If you still want to defend this book, I invite you to consider the purpose supporting an artist’s style above all else serves. Who does it protect? What legacies does it continue?

If you choose to read a different book, I’d suggest any of the Hall of Fame recommendations on Indigo’s Bookshelf, the new blog (also started this year) by the group of Florida Seminole and Miccosukee teens who Tweet collaboratively using @OfGlades. If you don’t already follow them, you should. These young people have things to say—and as reflecting on 2018 shows for those us who are not Native, we have much to learn.

So no one can write a story about a boy and a girl using blue and pink in the illustrations, because some people don't identify that way? What is going on with this world? No one will be writing anything anymore because one person may find offense because the story doesn't represent them. There have been plenty of books that I put down without finishing because there was something there I didn't like, but never would I think to criticize the author for writing it.

To not "think to criticize" an author is your prerogative, but "critique" is exactly what Elisa Gall has been charged here to do, and so she did it. A person can absolutely choose to read or not to read a book, critique or defend it (Ms. Gall even acknowledges that option), but if the point of literary criticism is just that, then Ms. Gall is on solid ground doing so in a blog created for just this purpose. Also, the fact that Ms. Gall offers a link to a list of other good reading options seems to undermine your claim that "no one will be writing anything anymore." Individual readers are welcome to judge for themselves, but ringing the alarm against some imagined "PC police" that is presumably stopping people from writing whatever kind of books they want seems like a straw man argument.

The critique is specific, relevant, and supported by a cogent argument. The claim that no one will be able to write anything anymore is a familiar and false statement. I have yet to see agents & editors complain about a lack of manuscript submissions.

The purpose of this critique is to make visible how aspects of culture are disseminated in children's books. Those aspects can be limiting and can perpetuate outdated and harmful ideas. For authors & illustrators interested in the impact their words and depictions have on others, this is useful information.

I appreciate what I learned in this critique.

Stereotyped text and images of Native Americans (and POC in general) can be a problem with translated books from Europe. I had to pass on translating a YA novel I otherwise appreciated because the author subscribed to the noble savage trope as well as the idea that Native North Americans no longer existed, and she would not allow me to make changes that worked both for the integrity of the story and accurate representation of Native peoples. As a translator, I consider it important to make authors and publishers aware of these issues and I've already seen these questions discussed among editors, authors, and critics in Portugal.

That's upsetting, Lyn. Thank you for sharing--I appreciate hearing this story. None of this excuses US colonialist oppression, but yes, there's much from Europe as well--Peter Pan being a prime example.

This was unfortunately evident to me when I was at the Bologna Book Fair a couple of years ago. Germans, in particular, have a nostalgic image of American Indians due to their love of 19th century writer Karl May. I had thought this was generational, older folks having been more likely to have read him, but was struck when meeting with a young German publisher rep, her puzzlement when we told her a book with racist American Indian imagery would not fly in the US.

Elisa, you wrote: Mr. Squirrel and Hedgehog feel victorious. They take flowers to the “lady hedgehog,” only to discover that she isn’t a hedgehog at all, but a hairbrush. As they sit with their disappointment, a duck approaches and says, “That can happen to anybody.” To some readers, this ending and its 'be careful who you are attracted to' messaging might also call to mind stories of people who are transgender being violently outed, which often results in trauma and assault.
I'm not sure I understand your reasoning. I can sort of understand where you're coming from--I've heard about how transgender people are murdered or violently outed at disproportionate rates in the US--but I'm not sure why that would apply here. Now, if the “lady hedgehog” were, say, a straight or gay male hedgehog or porcupine (or even a transgender one), I think I'd understand, but I don't think I've ever heard of transphobic killers dehumanizing transgender ex-lovers by leaving in disappointment and/or calling them "statues" or something (although I have heard of victims being called "it" or "heshe"). Can you explain to me why this still applies here?