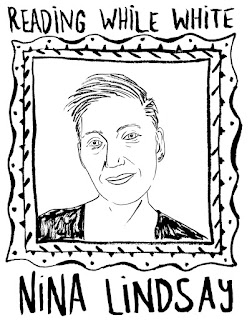 School Library Journal (SLJ)’s online news service recently offered a curious round-up of the There is a Tribe of Kids discussion. The article depicts an un-nuanced controversy with two sides, perpetuated by “Some” and “Others.” “Some” purchase the book, and are represented in the article by a librarian who decided not to renew her ALA membership after witnessing attacks, some directed at her, on the ALSC listserv. “Others” are represented first and foremost by Debbie Reese, voicing objections to the book.

When I read these listserv comments, I do not see the voicing of objections as the “personal attacks” that others have perceived.  It concerns me to hear of fear of speaking out because of a perception of aggressiveness of “one-side” or “a few,” phrases I find frequently used to marginalize a variety of dissenting views.  Those expressing fear of attack or shaming have called on everyone to be “respectful” and “kind,” as if these concerns are somehow less valid because they aren’t being expressed in a way that makes everyone feel nice.  They have also expressed frustration that public libraries “no longer represent neutrality.”

The problem is that the “neutrality” of libraries does not exist.  Storytime Underground has recently demonstrated this, and #Libraries4BlackLives further explodes the neutrality myth.  What does exist is a status quo which, to protect its existence, parades as neutrality.  For libraries to fulfill their role as a place for free exploration of ideas and diversity of thought, to actually “provide materials and information presenting all points of view on current and historical issues”  we must have those materials.  But we don’t have those materials because publishing is a market-driven industry.  If we don’t make the industry listen to and respond to all voices, not just the status quo, we will never have libraries that serve all in the community.  It is clear, for instance by listening to these teenagers of the Unitah and Oorah Nation, that the saturation of stereotypes about people of color and First Nations/Native people in our media today still promulgate racism, in this case, by the sheer preponderance of images or literary examples of non-Native people dressing like Indians. In this video Lavin says: “When you search up “Native Culture”, you’ll see people...you’ll see Whites….I’m not trying to offend anyone here...you’ll see Whites...well, it is kind of offensive to us...you’ll see Whites dressed up as Natives, you’ll see them in headdresses, when headdresses are like the holiest thing, to represent us as higher people. … It makes me so mad.”

What I have seen in the discussion of THERE IS A TRIBE OF KIDS is an invitation to think deeply and explore different points of view, a place where professionals can seek to make informed decisions about how and where and whether to use this one particular book, among many, and also send a message to book creators and publishers about what gaps and pitfalls in children’s literature this book exposes, so that they can better create books that will help us do our jobs. Yet, comments on the SLJ Facebook post for their article included responses along these lines:

“I think people need to relax a bit”
“This PC nonsense has gone too far”
“No matter what we write or say, people in the other end will find objection. Silly!!!!”

These are common defensive reactions to critical exposure of the status quo, typifying criticism as one side crossing a line (an attack), or just baseless (silly nonsense).

If a person chooses to believe that what they know is the only truth, then a challenge to that knowledge will feel like an attack, because this person has nothing else to stand on.  This person feels they are confronted with a battlefield to defend their truth, and will do what they can to dismantle the argument: cut it at its knees, call in the troops, or refuse to engage.

If one can see one’s own knowledge as a piece of the truth, then one can enter a field of discussion without fear, trusting that there is more to know.  Venturing into that field, seeing more, and then looking back at my own truth, I’ve seen it behave in a myriad of ways.  Sometimes, it fades or flutters away: still itself but less significant, in the scheme of things.  Sometimes, I see it still there, solid, unchanged, but a piece of something bigger….the tooth that thought it was the whole jaw. Sometimes, it stands obstinately, but I see it standing on top of an enormous lie, and I choose to turn my back on it.  And sometimes...I decide I’m just still right.  But where my Whiteness is at play, that has not generally been the result.


I expect that some colleagues will continue to stop engaging, feeling that what was a “nice” safe space for them is changing. But it was never nice, and it was never safe, except for those whose interests are served by the status quo. Our colleagues from marginalized communities have so much more at stake in these discussions than does someone like me, and the only attacks that I’ve witnessed have been the tone-policing of these voices. Like Lavin, people from marginalized communities have the right to be angry.  Expressing that anger when speaking one’s truth, so that others can learn, does not constitute an attack. As Dr. Ebony Elizabeth Thomas says, “Our critiques being mischaracterized as more harmful and unethical than the books themselves signals a total lack of willingness to listen.” These critiques are an invitation, and a challenge, to listen and participate in change that will further equity in our communities, through books for children, through education, through libraries. Come onto the field: the library is open.
Posted by Nina Lindsay at 5:00 AM

Thanks for writing this, Nina. I can't get over the fact that SLJ "liked" comments on that FB post--including "This PC nonsense has gone too far" and "People need to relax" and "Silly!"--and then said "we routinely 'like' comments, it does not imply editorial endorsement."
What exactly does it mean, then?!
This is a pretty common assertion of privilege: Actively or passively silencing marginalized voices, all the while claiming "I'm neutral".

I want to support the idea that library services have never really been neutral and that it is high time for us practitioners to start being honest about how we represent ourselves professionally and also personally. I do believe that for decades, ALA (and ALSC) have taken the stance of progressiveness fueled (rightfully, in my mind) by a sincere concern for human-rights: LGBTQ+ rights, Women's Rights, Immigrant Rights, Racial Equity and accurate representation, etc. Since I personally subscribe to all of these and also work in a progressive environment full of people who agree with my sensibilities my angle of truths, it is very easy for me to support and follow many, if not all, ALA/ALSC promoted equity and diversity related initiatives.

I am, however, also keenly aware that there are many people across the nation who are in this same profession (librarians, children's librarians, school librarians) who might not subscribe to my line of thoughts and beliefs and who might not be working in communities that subscribe to these ideals. What, then, do we, who are either part of or even leaders of such professional organizations, to do with members who disagree with certain initiatives or ideas?

I'm trying to figure out where we should stand: who should be keeping an open mind to accept diverse thoughts? Progressives like us who need to take into consideration of the diverse working environments. local community values, and personal beliefs? Or should those who support the "status quo" to take our beliefs seriously and hopefully will eventually change their minds? (Because I do not see you, Allie, or myself to ever change our minds about Black Lives Matter or LGBTQ+ Rights, etc.)

The bottom line is something that I've always been puzzled by -- do we really believe that a "diverse of opinions and thoughts" are truly what we need in the world and that having many diverse voices and opinions will make the world a better place for all. Or do we actually believe that "certain diverse views" (such as some insiders' different views over how to interpret the images in A Fine Dessert) ] are simply so wrong and so blinded by that status quo that they do not warrant our serious considerations?

By being un-neutral, are we saying that we take a side and stick to it and this is a side that is against the other side? I have little problem declaring myself un-neutral. Wondering if this is aligned with my professional affiliations? (I never truly considered this -- are my beliefs aligned with those of my professional organizations? Thanks, Nina, for making me consider this seriously for really the first time!)

Roxanne, we are fooling ourselves if we think we are neutral. Saying "Black Lives Matter" at the library is not me asserting my personal beliefs over everyone else. It is saying "I see you: this is for you too, and I accept my responsibility to help you get equitable access to it." In public libraries we often confuse equity with equality, and think that in order to give "equal" access we must say nothing at all. By pretending to be "un-neutral" we hold the doors open to privilege, and keep everyone else in the margins.

What a perfectly clear definition of the relationship between equity and action. I'll be passing this along to my students. Thank you, Nina!

Thanks a great piece, Nina. I was also bothered by people's comments that everyone needs to "calm down" or it is "just a children's book." I have been trying to piece together my thoughts about this, so apologies if I ramble. Something crystallized for me as was watching a clip of Will Smith on Stephen Colbert. Smith talked about our current discussions of race in this country are like going to marriage counseling. According to Smith, right now we are in a difficult period where all the hard stuff is getting put on the table and this is a good but difficult thing (you can watch it here: https://www.youtube.com/watch?v=xdCTNas_YwQ). Extending his metaphor, in a marriage, even though a couple is just arguing about household chores, there are layers of other feelings from years of interactions, particularly slights and resentments, baked into arguments and disagreements, whether consciously or unconsciously. If you apply the marriage comparison to "Tribe of Kids" conversations as of late, discussions about race, privilege, and representation in children's books are going to be highly loaded with pain, hurt, fear, and defensiveness as criticisms are being placed on the table. I think what some folks who said "calm down" or "it is just a children's book" are missing is that there is anger, pain, and hurt that is imbued in these conversation from years of slights, omissions, gross misrepresentations, and systemic racism. It is not just a conversation about this one book, but years of problems in this long marriage that have been ignored, marginalized, belittled, or swept under the table.

I really like your invitation to listen, but it requires us to be present and show up to the marriage counseling sessions. I am disturbed by those who want to file for divorce and leave ALSC or any other space that encourages discussion. Where is a good marriage counselor when you need one? This may not a perfect metaphor, but it was helpful for me as I try to parse out the communication dynamics of these discussions. What would Deborah Tannen have to say about all this, I wonder?