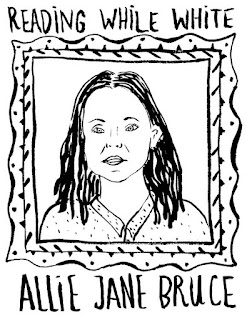 So what is a stereotype?  Chimamanda Ngozi Adichie talks about this much better than I can, but I’ll give it a shot.  Here’s what Merriam-Webster brings to the table:

Let’s take this apart.  A stereotype is, indeed, a belief.  But it’s not necessarily a belief about “all” people in a group.  Melissa Harris-Perry, for example, talks about multiple stereotypes of Black women: the “mammy,” the “hyper-sexualized woman,” and the “angry Black woman.”  In this sense, there are multiple “single stories” of Black women (to borrow Adichie’s term).  The fact that (most) people don’t believe that any one of these stereotypes applies to the entire population of Black women doesn’t mean that they’re not stereotypes.

“Untrue”--that’s another problem.  Is it untrue that some East Asian people play the violin?  That some Latinx kids play soccer?  That some Jewish people have relatively big noses?  And why shouldn’t they? (Says the Jewish girl who has fought for a proper bagel and lox.)

The problem with stereotypes is that they are reductive, not that they are categorically false.  Which brings me to my personal definition:

Stereotype (n) - A reductive story, told about a person or people, that intentionally or unintentionally dehumanizes them. 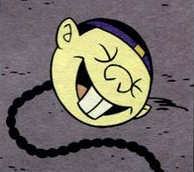 If a character includes a stereotypical trait, it’s important to ask whether the author actively counters that stereotype.  If you want examples, go read something by Gene Luen Yang, who could teach a master class in defeating stereotypes.  In The Shadow Hero, for instance, Hank’s mother begins the book as a stereotypical Chinese “tiger mom” and, over the course of the book, becomes fully human and 3-dimensional.  American Born Chinese (SPOILER ALERT!!!) employs a different strategy to nullify Chin-Kee, who embodies every grotesque, inhuman stereotype of a Chinese man: Chin-Kee winds up beheaded and exposed as the non-human thing it is.

If and when someone brings up a concern about stereotypes, it’s important that we listen, especially if we were previously unaware that something is a stereotype.  That lack of awareness is itself a privilege, and we should welcome the chance to remedy our ignorance.

Ed. Note 10/19 - Thank you, Tsujimonster, for pointing out my mistake with "s/he". That is 100% my error, and I'm sorry. I should have used "they" so as to not exclude people who identify as nonbinary. I'm going to leave it as-is in the piece, for maximum transparency and to avoid confusion, but I'll say here: In the 2nd-to-last paragraph, where I say "...does s/he work to counter that stereotype...", I should have said "...do they work to counter that stereotype...." -AJB
Posted by Allie Jane Bruce at 5:00 AM

A lot of people seem to think that it is only negative stereotypes that are a problem.

Some think, for example, that a blood-thirsty Indian is bad but that a noble one is a good thing that ought not be criticized.

Yes, very true. And to reflect on White privilege as it relates here--if I am particularly stoic or noble in some situation (haha), I can be pretty sure that people will not attribute that to the culture or biological gifts of my race.

Lots of great points to consider. Can you edit "s/he" to include nonbinary authors? Thanks!

Thanks for defining this so clearly Allie. If we are thinking about this in the context of awards, I think stereotypes that are not questioned or explored are poor choices in character development, whether in the text or the art. Truly blatant and better known stereotypes are likely never going to be considered "distinguished." When award committee or mock discussions get interesting is when colleagues have different views about whether or not a depiction is a stereotype (thinking a lot about "...Tribe of Kids") or if another depiction explores and even explodes the idea of stereotype fully and let's the character be more than 2-D (like Yang does). I really appreciate your call to listen, which is really vital in any award discussion. While I am enjoying lurking and occasionally commenting in online discussions, there is no substitute for in-person and in depth conversations you get serving on an award committee. Finding myself sorely missing that this year.

Thank you, Tsujimonster, for pointing out my mistake with "s/he". That is 100% my error, and I'm sorry. I should have used "they" so as to not exclude people who identify as nonbinary. I'm going to leave it as-is in the piece, for maximum transparency and to avoid confusion, but I'll say here: In the 2nd-to-last paragraph, where I say "...does s/he work to counter that stereotype...", I should have said "...do they work to counter that stereotype...." (I also included this comment as an editors' note.) -Allie

Hi Rachel, yes, I agree that this gets thorniest when people disagree about whether something is a stereotype. I'll emphasize again the last few sentences of my post and how important it is to listen when someone says "this is a stereotype"--especially if that person is from the marginalized group in question. When someone is saying "this is a stereotype that I am familiar with because it is about ME", that's the time to listen and learn.

Often the problem comes when a writer has a minor character that they want to use to show diversity, but don't intend to explore that diversity in any depth. So they resort to a stereotype as a shortcut. This is also a point of view problem, the writer's point of view coming though in the story because it's not in fact the way the protagonist would see a friend, a neighbor, or a teacher.

Yes, this is what I see often too are the overembellishments in side characters or even main characters by those "writing the other." Some may tamper down the violence of slavery or aim to show the Black teen who says "Girl..." all the time. Good and bad stereotypes abound and the dissection of it is part of a necessary discussion.