Seeing Myself in Books (and Book Character Parades)


This post mentions Halloween, so if you celebrate the holiday and are planning on dressing up, here’s a reminder to reflect on your costume and how your “fun” might come at the expense of others. 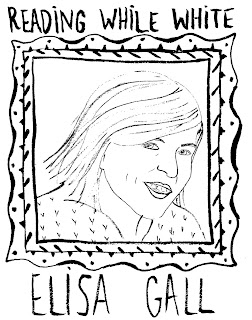 When I think about Halloween, I am reminded of a chapter in Debby Irving’s Waking Up White where she describes a conflict in her then-school community about their Halloween parade tradition. Irving learned that Halloween is troubling and spiritually harmful to members of her school community; to many parents, the parade presented deep conflict when their children wanted to participate in it. Their feedback was brought to a school committee, and everyone worked together to start a new, more inclusive tradition, ending the parade but recreating “the feel-good, spirit-building vibe the parade had once delivered.” Instead, students dressed as beloved book characters and held a parade on Dr. Seuss’s birthday in March to celebrate Read Across America Day. (In case you’re wondering, this story is in chapter 25 of Irving’s book. If you haven’t read it, I recommend doing that NOW.)

Thanks to social media, I’ve seen many schools host book character parades during October and throughout the school year. While I’ve never walked in a book-specific costume parade before, I love a good literary costume. As someone who does celebrate Halloween, whenever I dress up I try (youth librarian that I am) to go with a kidlit theme. This year, I’m going to be Hilda from Luke Person’s comics and soon-to-be Netflix series.

I’ve noticed something about my book costume choices over the years. Every character has been White like me—except when I was Toad from Frog and Toad (by Arnold Lobel, a White author-illustrator). When I think of potential children’s book costumes, most of the human options are of White characters because in children’s books, most of the human characters are White, and most of the other (non-human) characters are by White creators. My experience is the reflection-heavy disco ball side of the illustration by David Huyck presented through Dr. Sarah Park Dahlen’s blog: 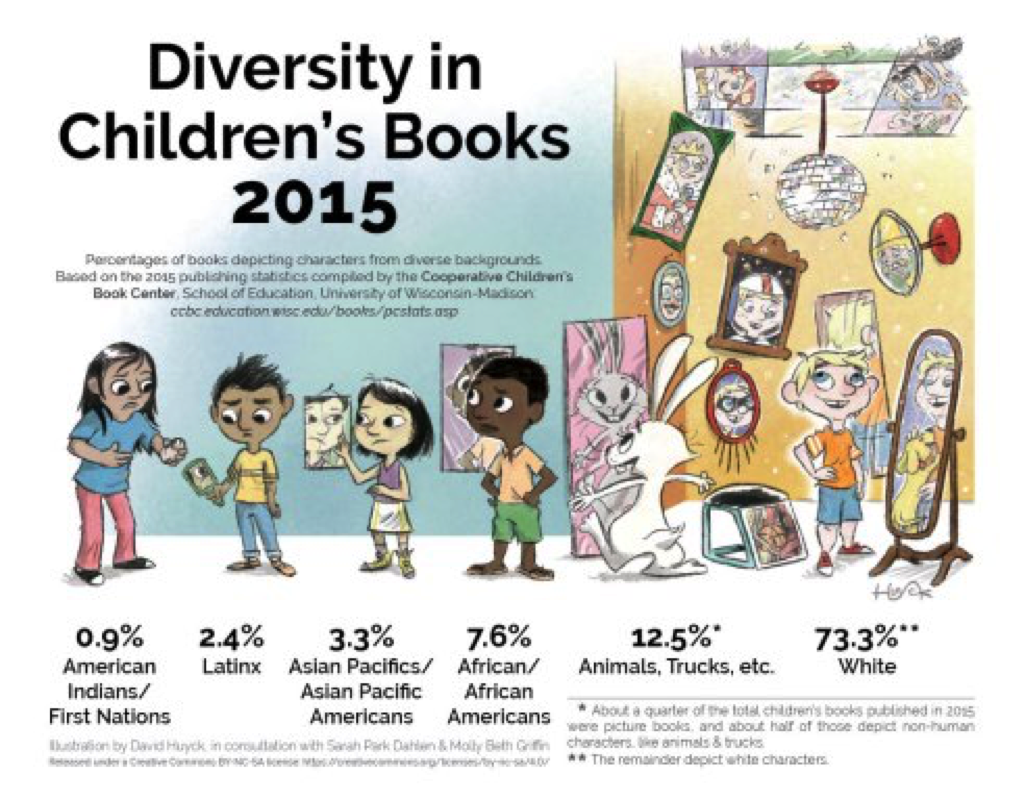 While I as a White person have options, options, and more options about children’s book character costumes that reflect and affirm that aspect of my identity, not everyone has that same privilege. (I should note that this lack of diversity isn’t exclusive to race. In Australia, for example, librarian Ozge Alkan worked with author Hazel Edwards and illustrator Serena Geddes to create Hijabi Girl after Alkan’s students, sick of dressing as Little Red Riding Hood for their book parades, were looking for a young character in a hijab to dress up as.)

I brainstormed characters by People of Color/First Nations authors who might make an appearance at book character parades this year: CJ & Nana, Ling and Ting, Niño, Super Indian, Sparrowboy, Marisol McDonald, Delphine, Vonetta, and Fern...the list goes on. Have these characters ever crossed my mind as costume options for me? If so, what held me back from dressing up? Was it fear or caution so as not to offend people by appropriating a culture or claiming an #OwnVoices character for myself? Was it worry that people wouldn’t recognize me given the differences in how that character looks and my own appearance?  Did I wonder, subconsciously, if those books were somehow not “visible” or “classic” enough for people to “get” my costume without explanation? Was I just choosing a character that was easy and comfortable for me to see myself as? While there is an art to selecting and creating a memorable costume, “classic” is problematic and “visible” is too often a measure of marketing budgets or perceived majority interests, which don’t always lean in favor of diverse, inclusive books and series. Is it possible, in the right context, for a White person to respectfully dress up as a character with a different racial identity? (People in the cosplay community have discussed this and more after some cosplayers altered their skin color while dressing up.)

If a character is not identified right away, a costume is one way to start a conversation and spread the news about great books. And how often have I seen (or perhaps expected) children to dress as White characters when they don’t identify as White? I feel anxiety about even considering going as a human book character who doesn’t look like me; I’m working to mark that discomfort and remind myself that it is nothing compared to the experience of going to a Halloween store, or turning on the T.V., or walking into a bookstore or library and not seeing an abundance of characters affirming my own racial identity. Does that mean I shouldn’t be Hilda this year? Does that mean schools or libraries shouldn’t do Halloween or book character parades? Does that mean I should dress up as characters who don’t share my same identity? Not necessarily.

Something is lost when a member of a privileged group dresses up as a character who doesn’t belong to that same group, even if it is done with as much care and thoughtfulness as one can muster. While Black Hermione creates a wanted mirror, a White Peter at a book character parade could take something away, for a quick web search for “children’s literature costumes”  demonstrates that White reflections and choices aren’t lacking.

Debby Irving’s school community transitioned to a book character parade because it delivered a “feel-good, spirit-building vibe” without the feelings of exclusion that the Halloween parade caused. Book character parades can be a step towards inclusivity worth celebrating and supporting; but, if the children’s literature ecosystem is not yet wholly inclusive, can a parade about its books be?