A Deep Conversation About Binary Thinking 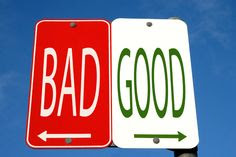 Look, I understand the need for a verdict on a book. Do I spend my limited budget and shelf space on this book? Yes or no? This is our lives, as librarians. But more and more, I wish I didn’t have to make that decision, because what I want to do is have a conversation about the book.

One example of this is As An Oak Tree Grows by G. Brian Karas. I use this as a teaching tool to discuss rewriting history, particularly the erasure of First/Native Nations people, with 6th graders. I am lucky that Bank Street has the Claudia Lewis Research collection, which is open to anybody within Bank Street to browse and check out from (including kids), but is separate from the main collection; that’s where one can find As An Oak Tree Grows.

When a book is problematic, I often want to talk about it with kids. We parse out what messages it sends and how those messages might impact different readers. Sometimes these are “mild offences” (we talk about gender stereotyping in Jon J. Muth’s Zen Shorts as examples of microaggressions) and I struggle with whether I should put the book in the Claudia Lewis collection or the Main Children’s collection. Either way, though, the book is available to anyone with a Bank Street library account.

I get frustrated when people conflate yes/well executed/not problematic or no/poorly executed/problematic into lump categories, or respond to me as if I have done so. I like having conversations that dig deep into ways in which books are problematic and ways in which they are empowering. I learn so much from these conversations. And when I read criticism or critique of something I love (even something I love as much as Hamilton!)--it actually doesn’t ruin it for me. It makes me grateful that I have the chance to learn something new.

It took me a while to develop this ability; the idea that I can simultaneously love something and critique it--holding both of those truths at the same time--runs counter to typical White culture. It requires “and” thinking, instead of “but” thinking (next time you’re in an argument, try saying “yes, and” instead of “yes, but” and see what that’s like). I used to respond to criticism of things that I love defensively; that reflex was born of binary-based thinking and a perfectionist worldview in which criticism necessarily undoes us. 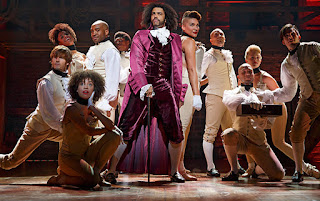 So ten years ago, I might have refused to read criticism of Hamilton, because I believed that valid criticism would “cancel out” the things that I loved about it. (Incidentally, it also used to be very hard for me to hear criticism of myself. One of the best things about ditching a perfectionist worldview was that it liberated me from constantly needing a slew of defense mechanisms to preserve a perfectionist-based self-image.) Now, I love that I know so much more about First/Native Nations’ people’s presence in the Revolutionary War, and at the Continental Congress, and the relationships that George Washington and Thomas Jefferson had with First/Native Nations people. I also learned about how the show largely erases enslaved people and First/Native Nations people from history, and while I didn’t love this, I parsed out how the show reflects the society in which we live, and I’m grateful for that. We’re living in an age of questioning age-old assumptions and rethinking how we’ve always done things--how lucky we are, to be alive right now!

So when a new book comes along that offers an opportunity for rich, educative conversations, I want to have those conversations. As Brave As You, for example, I love. And I want to have conversations with kids about Genie, Ernie, and Grandpop and how much I love their relationship and their growth over the course of the book. And I want to talk about how the book misappropriates the word “ninja” (the plural of “ninja” is “ninja,” ninja practice ninjago, and someone is not studying to be a ninja unless they are studying to be a paid assassin--these are factoids that a ninja-obsessed child would most likely know) and what messages that sends. I am extremely fortunate to have a good friend who educated me on ninja, and I want to carry forth the rich conversations she and I have had about it, and share what I’ve learned. Talking to someone who is only interested in fitting As Brave As You into a good/bad binary won’t help those conversations.

These complex, rich conversations won’t provide any easy answers for a question like “Do I spend my budget money on this title, or not?” but they might help inform such a decision. Likewise, they might inform conversations about “does this book belong on a ‘Best Of’ list?” or “does this book deserve an award?”. In some cases, such as “does this book book further or deter understanding about a culture?”, a binary “yes” or “no” is useful--this is why I appreciate Debbie Reese’s blog (which, incidentally, includes more non-binary thinking than many give her credit for) and regularly use it to inform my decision-making.

I know that you have to make a yes or no decision about whether to buy a book, but please don’t let the need for that decision prevent you from also having a rich, complex conversation about the book. And if there are problematic titles in your collection, I highly recommend that you have conversations with kids about them and encourage them to think in non-binary ways. Otherwise, they might not be able to understand that J.K. Rowling’s misappropriation of Navajo culture is not OK.

-This post brought to you by an enthusiastic Harry Potter fan

I'm really grateful for this post since I've been thinking a lot recently about what the outcome of critical conversations should be. Sometimes those critical conversations have happened early enough that they have altered the publication process (A BIRTHDAY CAKE FOR GEORGE WASHINGTON, WHEN WE WAS FIERCE) taking those decisions out of our hands; other times, they have happened after we have already added the books to our collections (THERE WAS A TRIBE OF KIDS, GHOSTS) because the books had great reviews and/or established authors. So for me the dichotomy isn't really yes/no in terms of collection development and/or sharing books with students, but rather: Is this a discussion that (a) raises my awareness of an issue and prepares me to act more judiciously the next time it arises, or (b) is this a call to action, requiring me to take swift and immediate action on the issue. I guess what I'm saying is that perhaps this kind of binary thinking not only applies to our value judgement of a book (yes/no), but also our actions around said book (active/passive). Am I making sense or just blathering?

Would love to hear more about ninja and AS BRAVE AS YOU . . .

Hi Jonathan, I do think binary thinking plays a lot into how we perceive online discussions, and your comment makes me wonder if we all bring different binaries to play in these conversations? That could explain a lot!
That, combined with the problems often cited with not being able to know tone of voice, etc, during online conversations.

These conversations are constantly percolating in my mind, not just with new and forthcoming books, but older books I use that I had thought without issues. Mostly these involve gender stereotypes that the kids and I stop and discuss. Sometimes there are cultural/ethnic moments such as one last year when reading aloud a recently published book (can't remember the title unfortunately) I came across a mis-use or mis-definition of a South Asian word or name. (Again, can't recall what it was; wish I could.) I stopped and noted this, had it reinforced by my South Asian students, and then went on (as they all were loving the book). Now that happened partly because I'm more aware, but also because of my students. I'm hyper-aware of anything in a book that I'm reading to them that has anything to do with any of their identities. I think how years ago I read aloud without concern Gary Paulsen's Harris and Me until a year I had some Japanese children in my class and was horrified when I hit a chapter full of WWII Japanese epithets. My students didn't know they were epithets, but I sure did --- and explained it to them. That was the end of reading that book aloud and I was shamed I hadn't thought about the problem until then. But it was another learning experience that I bring to my work now.

Another thing I wonder a lot about is the line between appreciation and appropriation and I'm glad you brought up the ninja example as it is one I've been wondering about a lot. That is, there are so many ninja books out there and I haven't seen anything (but maybe I'm looking in the wrong places) examining them critically.

Speaking of binary thinking, the way that the passage is written in As An Oak Tree Grows is open to many, many interpretations. I find that insisting that kids presume that because they learned that Europeans colonized the Americas, the only possible scenario is that the Native American boy was forced out is very simplistic. That is not really critical thinking at all. While it may be facile to write that "the boy moved away", perhaps there could have been other reasons why he and his people did so on their own volition, such as crop failure. Or he married and he and his family moved elsewhere nearby.

I am in no way trying to deny the colonization of the Americans, but it seems that we cannot ask children to think critically but then railroad them into thinking that there is only one conclusion ("That didn't happen." is stated as fact, rather than a possibility). If we're going to talk with children about the books we read with them, let's have fully honest conversations.

The idea that it's not possible to both love and critique something is one that I'm constantly battling in my students. It's my opinion that as a scholar, it is my job to simultaneously love and critique texts--why would I spend my life studying something I didn't love? What misery that would be! But what kind of scholar would I be if I refused to acknowledge the problems and prejudices encoded in the stories I love? A pretty poor one.

Ha! I keep returning to this post as I mistakenly read "deep conversation" to mean one we would be having here:) Now I realize you meant, "deep conversations" with young readers, Allie. No problem, but I was hoping someone might be able to answer my wonderings about ninjas. That is, has anyone looked critically at their popularity in children's books? Knowing little about them culturally I'd love to know from those who do if it is appreciation or appropriation in their heavy use in young people's literature. Thanks!

I re-read Jon J. Muth’s Zen Shorts but don't immediately see where gender stereotyping as examples of microaggressions might be suggested. (In the 'Heavy Load' story-within-story?) Hints, anyone?