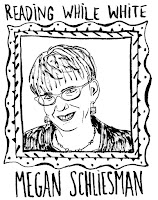 If you haven’t read this account of what happened at Midwinter by April Hathcock, please do, because it’s important. It’s important because it lays bare how, for all the talk of equity, diversity, and inclusion in our field, we have a long, long way to go.

It’s important because it lays bare the work we White people have to do in learning how to be allies.

And it lays bare how, once again, a person who experiences racist trauma, while still traumatized, ALSO has to do the work of educating us—of telling us what should have been done, and what needs to be done.

For me, personally, it has also laid bare a gap. While I wasn’t at Midwinter, since reading this I have been asking myself: If I had been in that Forum session, would I have been shocked into silence by the attack, or worried about making waves in the moment (so damnably ingrained), or would I have spoken up? If I had spoken, up, would I have known how to do it in a way that didn’t make things worse for the person being attacked?

A few years ago, there was an ongoing chaotic situation in my neighborhood. There was an afternoon when I was home and heard a woman outside yell “Don’t touch me!” I didn’t think, I didn’t hesitate, I just acted: storming out of the house with words booming out of my mouth, uncharacteristically bold and loud: “Take your hands off her!” The man backed away.

My response in that moment to a woman in danger was instinctive. My response to racist attack in the moment, whether in a professional setting or on the street, has got to become just as instinctive. And bold. And uncompromising.

But it also also needs to be informed, with the integrity and needs and safety of the person being attacked at the forefront of my thinking.

So I’m committing myself to better understanding exactly what it takes to do that, in the moment and long term. As an individual moving through the world, and as a member of the American Library Association, I ask: How can I embody in action the ideals I claim in words, and how should I demand ALA do the same?

At the end of her post, April Hathcock laid out definitive steps she wanted to see the organization take, starting with an apology, but moving on to meaningful actions to educate members.  Here is the response of ALA’s Executive Board to-date:

To which I say: This statement of partial ownership is a start.

Yes, the Executive Board apologized. There’s a problem, though, in citing past work the ALA has done toward diversity and inclusion, as it does in the final paragraphs, with the “it takes time” caveat. We all know it takes time, none more so than those who have been biding their time even as they work for change. There’s a problem in particular when “it takes time” comes after a statement acknowledging that the organization fell short in enforcing its own code of conduct.

There’s a problem, too, when “it takes time” comes after stating, “The ALA attorney and President-Elect met with April Hathcock in the Council meeting room shortly before Council III to share some nonpublic information about events after the incident in question. ALA leaders deeply regrets any distress this caused; it was not intent of the attorney or ALA to threaten Ms. Hathcock in any way.” Not intending to cause harm and not causing harm are two very different things. Not intending to cause harm starts with considering the potential harm of any action you are considering and making choices that do no harm. In this case, after the fact, it requires acknowledgment of why the action taken felt threatening.

REFORMA released a statement in response to what happened at Midwinter, and it underscores the fact that racism is not a new thing at ALA conferences, and that the systemic racism that permeates our culture also permeates our profession and professional organization.

ALA is a member organization. Obviously, individual members are not all in synch regarding their beliefs and values, but this hasn’t stopped ALA from a stated commitment to diversity and inclusion, and to committing to applying a social justice framework to its strategic directions work. That’s something as a member I’d like to take pride in; I do take pride in it, up to a point. But I want my professional organization to dig deeper and work harder to make its stated ideals a reality. That means not only owning completely when a mistake has been made, but also calling on all of us who are members--not just BIPOC--to be part of the work.

Thank you Megan. Like You I hope I would have spoken up. I suspect that Councilors present knew both April and the other person, whom I understand to be a man, and sadly that could have factored in to what seems like a nonresponse. Not the same situation but I was once berated by a fellow classmate in an adult children’s literature class. The professor did not totally recognize the attack and still spoke up. I have always appreciated that. Just as April Hathcock would have appreciated someone speaking up during the verbal attack.

Social scientists have studied the bystander effect; that is, "the more people that are present, the less inclined you will be to react yourself." (Social Science Research Council). I believe the initial research was around the murder case of Kitty Genovese in New York City when no one came to Ms. Genovese' aid when she was attacked on the street. Social scientists attribute a lack of action to a diffused sense of responsibility, as well as the need to conform. I think most of use who work or have worked with children are familiar with the bystander effect around the issue of bullying (statistics demonstrate that almost 90% of children in bullying situations are bystanders). I'm wondering if there is something that can be learned from the work around preventing bullying and decreasing the bystander effect to prevent situations like the one at MW that happened to Ms. Hathcock from happening again. If so, what are the most successful strategies?

Social science research has also shown that the bystander effect can be easily short-circuited by ONE person reacting, particularly if they direct others on how to act. Many people- including victims- are paralyzed in the moment so it is particularly important to consider ways to react in advance so that the response is automatic- as it was for the author with the woman in danger.

I'm glad you raised this question, Julie, and Sarah is absolutely right that one person can usually successfully counter bystander effect.

I know of one particularly good resource for educating kids to be advocates instead of bystanders: Facing History and Ourselves (https://www.facinghistory.org/). It provided the framework that I was trained in and used all the time with kids at Bank Street. The 4-square model is an extremely simple and valuable tool; basically, you draw 4 squares (on an easel or blackboard or whatever) and label them "bully" "target" "bystander" "advocate" (for younger kids, we used "mistake-maker" "ouch-feeler" "bystander" and "upstander", terms they came up with themselves and that have much more concrete meaning for little ones). Then, the possibilities are endless. You can read a book and have kids put characters/actions in the categories; you can create scenarios and act them out with dolls or puppets or have the kids role-play; you can even take incidents that happen in school and re-create them with a different outcome. Some of the most valuable conversations I've had have been about how such-and-such character went from being a bystander to an upstander, how the target can also be an advocate (ie, stand up for themselves) and how the advocate can help them stand up for themselves, what happens when the bullies/mistake makers are older/bigger, etc...

At Bank Street, I saw kids counter acts of bullying in ways that simply never happened when I was in school. And it's not because we were morally inferior; it's because we didn't have the practice and the school culture to bring it out of us.

Thanks very much, Sarah. If you have a handy link or citation to the study (or studies) that demonstrates how one person can make a difference by directing others, I'd love to read it --or them. (Otherwise, I'll put on my librarian hat and do some research). I also appreciate your suggestions, Allie; the 4-square model sounds easy to implement in a school setting, along with examples of related activities. I'm familiar with Facing History and Ourselves from my time as a middle school librarian when students studied the Holocaust, among other historical units related to social justice (now that you jogged my memory, I think the classroom teachers may have used this approach). I'll visit the Facing History website to see if I can find any additional information. I'm also glad the approach made a difference at your school, Allie.