What Makes A Classic? 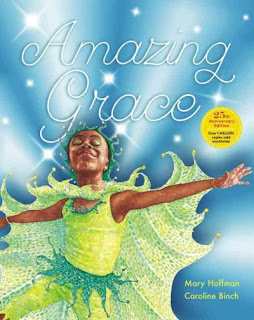 This post has been in my mind a long time, even before we started talking about it in comments to our early October post, "Not a Contradiction,"  or heard of the Amazing Grace Solution.  I've been thinking of the place that classics have in a library collection, of what that term means, and of how and when it gets used.  I think it is true that a good library collection has books from across many decades, and these will, by necessity, reflect changing attitudes and values. That's part of the reason for having them in the collection.  But how do we choose which books stay on the shelf for all that time? Whose attitudes, whose values, determine a set of "classics"?

When I think of what makes any single classic last on the shelf, there could be several reasons.  Some have been enshrined in popular media, whether people actually expect the literary tome they encounter with, say Pinnochio or Gulliver's Travels.  There are some titles I suspect hang on simply because teachers keep on using them, such as Amazing Grace. Then there are award winners, and some books that simply seem to have perennial child appeal, like Harriet the Spy.  Finally some seem simply to "exist" as classics:  Treasure Island, The Wind in the Willows, The Adventures of Tom Sawyer, Alice in Wonderland, The Jungle Book...   who canonized these, and with what in mind? 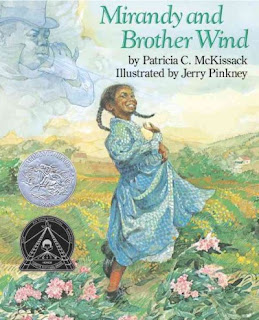 "What Makes a Classic?"...or, "Who"?  In almost each of these cases above, the status granted a book comes from an establishment (educational, library, or wider literary critical circles)  that is overwhelming White. While I think we hope our classics represent our literary "heritage" in some way, I question the self-fulfilling loop of a limited perspective.

This is, of course, what we are talking about in general when we ask where is the diversity in children's literature, and our awards.  But I'm also thinking specifically about branch public libraries, in which an adult comes asking for some classic children's books, or requesting a specific one, and the indignation that can come along when we don't have something ready for them to match their expectation.  (Perhaps this goes for bookstores, too.)

Where does this question come from, and what is it in the classic in someone's mind that makes it a classic? I can accept, as a generalism, that all classics have excellence and appeal in their aesthetic and technical delivery...  something in the writing that made them connect with an audience in a strong, broad, and lasting way.    My question is, when an adult is looking for a classic to share with new audience, what IS it that they want to share?  Is it the actual message in that book?  Is it the experience the adult had reading it, that they would like to replicate? Does the adult hope to recapture that experience for themself, by sharing it?

It probably is all three, and more, but I don't think we often ask ourselves these questions.   I think that if adults can recognize, and place to the side--for later, for themselves--the nostalgia of their own experience, and rather focus on what it is they hope for the child they are sharing the book with... some classics might not seem so classic. And perhaps that classic is still exactly right, but I don't think we can know unless we re-examine them.  Being asked to question your own cherished memories of a book is not a pleasant experience, similar to Megan's experience On Letting Go.

The 25th Anniversary edition of Amazing Grace has been reprinted in the US without the image of Grace posing, stereotypically, as Hiawatha.   The UK 25th edition retains this picture.  In an interview in the Guardian, the reporter leads off with: "Mary Hoffman’s groundbreaking Amazing Grace gave us one of the first black heroines in a picture book."  Now, I can't speak to the British picture book scene in 1991 when Amazing Grace was first published, but here I recall some remarkable picture books like Mirandy and Brother Wind or Flossie and the Fox that had been acclaimed here just years earlier, and these are simply the ones that spring to my mind.

In the interview, British author Mary Hoffman says (I am cutting and pasting, I recommend reading the whole interview):

When I was young, it was quite common to be told there were things you couldn’t do because you were a girl ... So I decided right from the beginning that Grace would be a black girl, just to add to the challenges she might face....  I based Grace on me.....

Picture books still have a long way to go in showing the diversity of our culture and the variety within families. Things are better than they were 25 years ago but they won’t really become fully inclusive until more books are written and illustrated by members of the BAME [i.e. "POC"] community themselves.

I got a little flak for writing about a black child when I was myself white but I didn’t mind. What was important was that someone should write that book and no-one else was doing it. It was also ironic since one of the points of the book is that all stories are for all people.

This speaks both to what made Amazing Grace such a meaningful book for so many, and to why it remains problematic.  What makes Amazing Grace more well-known than, say Mirandy and Brother Wind?  Money. More people have purchased the former, and requested it in libraries, meaning libraries will keep it on and replace it, more, and from what I can tell the reason people keep requesting it is simply because they hear of it from a person or place they trust. I cannot see what can possibly be behind the motivation to reprint Amazing Grace except for money, especially as the Hiawatha picture has only been removed in one country. This points to it being a market-driven decision, rather than an authorial or editorial one.  While I'm certainly glad that American audiences won't have to see the Hiawatha picture (well, depending on whether their libraries replace all their copies...hear that ka-ching?), I also wish some of the market attention that Amazing Grace gets could get spent on more and various books.

If you haven't read Amazing Grace in a while, I encourage you to revisit it, and think about Mary Hoffman's statement in the interview that one of the points of the book is that "all stories are for all people."  Look at the stories that Grace enacts through the book:  Joan of Arc, Anansi the Spider, the Iliad, [Treasure Island or some other pirate story], Hiawatha, The Jungle Book, Aladdin, and ultimately of course: Peter Pan.  All Stories?  Really?  Whose stories are these exactly? Whose tokens? Whose classics?

With the 25th Anniversary Edition of Amazing Grace as just one example of a classic made classic within many of our own lifetimes, I wonder:

I can't find the 25th Anniversary edition of Amazing Grace. Amazon US doesn't have it. Baker and Taylor only lists the British edition. How can I get it?

Meggan, I am trying to find out myself and will keep you posted!

In your queries "All stories?" and "Whose classics?" I would like to share my time travel backward circa 1991 view point and say "It's amazing!" Mary Hoffman has compiled it with a keen eye to the movement towards Multiculturalism that was occurring showing a commitment in seeing beyond the dominant culture and more inclusiveness to others.

Even with a cursory 1991 glance it would be clear that she went to great length in picking those stories to be her "all." Pull out the map of the world and plot the fact that she covers the continents as best she can by pulling together exciting adventure stories from around the world that kids have already embraced.

As hard as it might be to understand now, that was progressive and perhaps (more so in UK maybe) radical thinking at the time. Be upset if the list was just Alice, Winnie-the-Pooh, Wind in the Willows, Narnia, and Enid Blyton's racist pickaninny characters.

"Classic" is complicated hands down. I would go so far as to say that the concept of what is a "Classic" is so tied to, and such a product of dominant culture as to perhaps be irredeemable for the lense you are trying to reexamine it through. For me in this country, I would consider Amazing Grace a "Landmark" book, and leave it to the Brits to decide if it's a Classic.

Michael, I can't argue with your assessment of Amazing Grace as a "landmark" book, though I still question the selection of stories. "Covers the continents as best she can"? I don't think that referencing Longfellow's Hiawatha or The Thousand and One Nights shows "great length" in effort, or any desire to exit the White colonialist canon of "classics." That leaves Anansi, which therefore reads to me as "token."

I asked Roger Sutton about them. He said that GRACE will be available in January.